Post Independence, India has achieved significant success in the space department. The mission that started with cycle and carts has now moved to the Moon and Mars. And, this time the mission gets even more interesting. India plans to send its 3 astronauts to space. India names it the Gaganyan Mission.

Squadron Leader Rakesh Sharma was the first man from India to go to space in 1984. But this mission was a Russian mission. But this time India plans to launch its own mission. 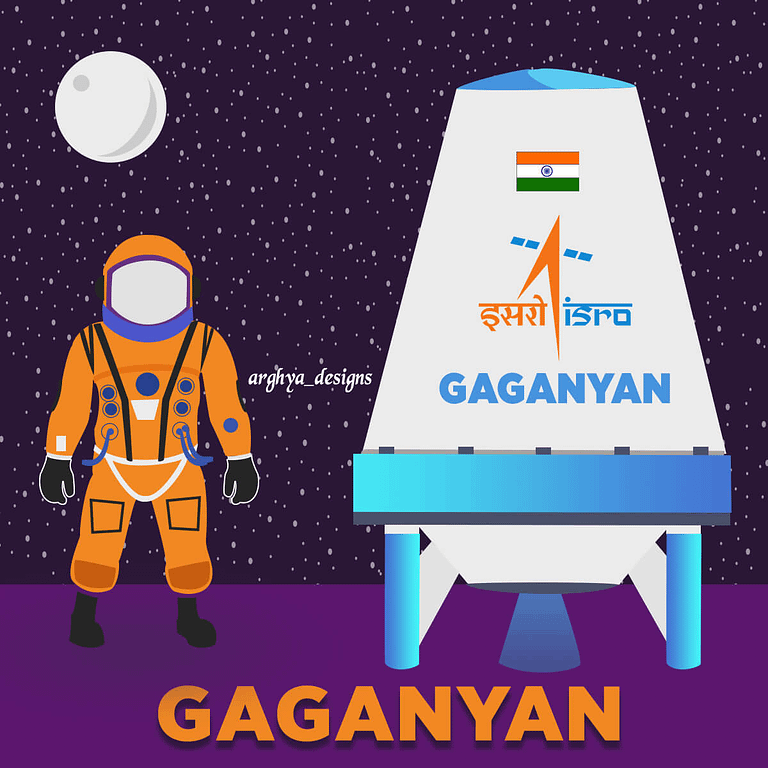 While we celebrate our 75th Independence in 2022, India sets to successfully launch its Gaganyan Mission. The country schedules its launch on or before the Independence day in 2022.

India’s Prime Minister Shri Narendra Modi flagged the mission on 15th August 2018. If India successfully completes this mission, we will become the 4th nation in the world to send a man to space after the USA, Russia and China.

The mission is led by Smt VR Lalita Ambika. The mission plans to use GSLV Mark 3 to launch the Gaganyan mission. The mission estimates a budget of 10000 crore INR. The amount has been approved to ISRO by the Indian government.

ISRO plans to devise this mission fully indigenous. It plans to buy very little or no components from the international market. The scientists are working day and night to develop every technology required for this. Continuous efforts are made by the organization to make it a success.

The astronauts are to be carried in a capsule weighing 3.7 tons. This has a capacity of 3 people. These are to be called as the Vyomnauts meaning person travelling to space. The mission is planned to take place for 7 days at a height above 400km. The capsule is designed for supporting life and environment control systems. It has 2 engines with liquid propellant systems. Some testing for the mission has been completed like the Crew Escape Capsule in 2018. This capsule is designed for emergency situations. 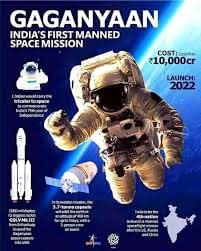 Selection and Training of the Vyomnauts

ISRO has decided to send 3 astronauts to space and hence their selection will be done on the basis of a large number of factors. The organization says it may take a year or long for the selection and training process.

A training centre named Astronaut Training and BioMedical Engineering Centre is being built by ISRO. This will be located in the outskirts of Bengaluru city, in a place named Devanhalli. The centre is built along with the help of the Indian Air Force.

But this centre will not be able to train the astronauts this time due to shortage of time, but surely for upcoming manned missions. Currently, the astronauts are to be trained in Russia’s Gagarin Research & Test Cosmonaut Training Center.

The training will include:

Sending humans to space is not an easy task. It includes a lot of risks including the physical and mental health of the astronauts. The amount of risk involved in launching the rocket is a huge challenge in itself. Hence the safety of the astronauts is an important factor to look upon. Let us check some of the risks involved in the mission.

Vyommitra is a humanoid robot, developed by ISRO for examining space conditions before sending humans to space. The humanoid is made in such a way that it can do everything that a human does. It can sense and even communicate like humans. This space bot is developed without legs since the astronauts will be seated and cannot move out of the capsule.

India aims not to fly animals onboard experimental missions, unlike other nations that have carried out human space flight. Instead, it will fly humanoid robots for a better understanding of what weightlessness and radiation do to the human body during long durations in space.

The Vyommitra humanoid, which will test the ground for the human spaceflight, will be a very basic version of a TARS-type, artificial-intelligence-and-robotics system. The activities that Vyommitra will be able to perform, once fully developed for the unmanned flight, will include procedures to use the equipment onboard the spacecraft’s crew module such as safety mechanisms and switches, as well as receiving and acting on commands sent from ground stations. Attaining launch and orbital postures, responding to the environment, generating warnings, replacing carbon dioxide canisters, operating switches, monitoring of the crew module, receiving voice commands, responding via speech (bilingual) are the functions listed for the humanoid.

Due to the COVID-19 pandemic outburst, things have paused and slowed down. The mission has been slowed down for the sake of the safety of the engineers and the scientists. The effect of COVID-19 hasn’t perished till date, hence a lot of work is getting delayed.

Even ISRO scientists are all working from home and through video conferencing. However, some scientists are out to work on projects following strict COVID-19 Social Distancing Protocols.

The R&D and manufacturing are not progressing and this is expected to have an impact on mission plans for the first Gaganyaan launch with a Humanoid.

We hope the Gaganyan mission will achieve great success. This will put a feather to India’s crown. Everyone will wait to see the Indian Gaganyan in reaching the space. The country stands with ISRO and its scientists. I hope the mission is successfully conducted on or before the scheduled date so that the country celebrates this success along with India’s platinum jubilee.

Please put your feedback in the comments below.